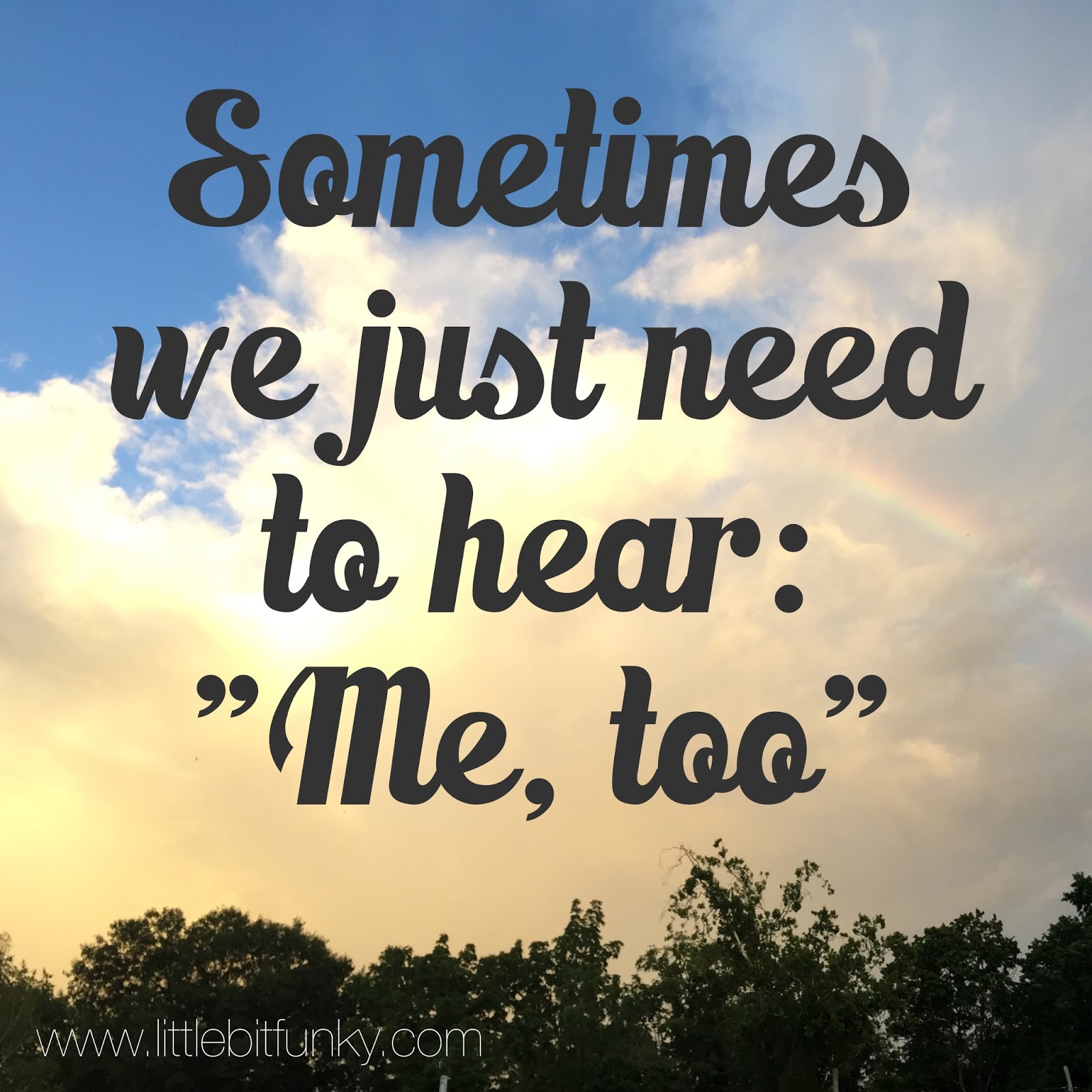 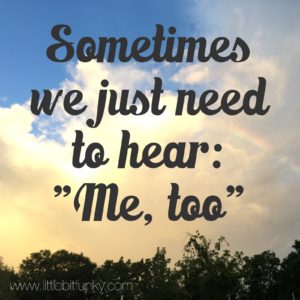 At the time of this post, the #MeToo movement is taking over social platforms and the news media. In response to one of the highest profile sexual assault cases to date, girls and women from all walks of life are openly sharing their own experiences of being harassed or assaulted by men.

I like to keep things positive on this blog, but I also want to be authentic. I shared a “Me Too” post of my own on Facebook the other night to show solidarity for the literally dozens of my friends who had shared on their own timelines – because yes, I too have stories of being harassed or assaulted by men. Of course I do. Anyone who is surprised by this either isn’t a woman or hasn’t been paying much attention – or both.

One thing that did surprise me, however, was that I had long-ago buried or suppressed one such experience that happened to me in college. I literally forgot all about it until reading my friends’ #MeToo stories brought it to the forefront of my mind. More on that in a moment.

The main thing that I was thinking about when I posted “Me Too” were the multiple awful experiences I had on NYC subways in the early 1990s when I was young, fresh out of college and working in my first job in public relations.

Starting the month after I finished my senior year at Binghamton University, I began commuting into the city on my own for my first real job in my chosen career. I remember feeling so sophisticated and mature and grown-up! Each weekday, I took the Long Island Rail Road train from LI to Manhattan, then either walked or took a subway from Penn Station up to my office in midtown. The train was a relatively safe place – I almost always had a seat and never had any problems – but the subway during rush hour was another story.

It happened multiple times on crowded subways: being groped from behind by strange men. At first it made me feel sick and small. I’d have nightmares about it. I avoided the subways except in bad weather. I wore layers. I distrusted any man who stood near me – because it could be all types of men. Once a homeless looking guy in loose sweatpants, once a professional guy in a business suit who likely had a wife and kids at home. Others I couldn’t see at all, packed in too tightly to even turn my head. But somehow THEY managed to move.

I’m not sure exactly how many times it happened: more than three. Less than ten. Some times the perpetrator was so subtle, I wasn’t absolutely sure it was happening. Other times it was blatantly obvious and even more upsetting. It was not always the same time of day – sometimes morning, sometimes evening. It was always when the subway was crowded and busy, standing room only, strangers packed in together.

I grew ANGRY. I started visualizing myself striking out and hurting them the next time it happened. I learned to use quick, strong elbows and a loud, angry voice. One guy I literally chased out of the subway. It wasn’t his stop – I hope he had to wait forever for the next train or walk for miles to get wherever he was going. Disgusting perverts. How dare they presume to touch me. HOW DARE THEY.

And that wasn’t the only thing. Remember – there was that time in college?

I worked at a full-service Hess gas station during my summers at home on Long Island. It was a great job – one I took on as a bit of a hasty joke, but which I ended up loving. My friendly male coworkers treated me like a sister. I got to work outdoors in the shade, wear a clean white uniform and meet and talk with people all day long. I learned how to check oil, fill all manner of gas tanks and even check tire pressure. That job was totally off-brand and out of character for a little princess like me, and I loved it.

But when I went back to school for my junior year, I got a job at a self-service Hess gas station in Binghamton and it was a very different experience. There, we worked solo in a glass “fish bowl” and didn’t get to interact with people in the same way. We started our shift when the last one ended so there was no friendship or camaraderie with coworkers – and even the customers weren’t very friendly as we were behind a thick wall of glass.

One night when I went in for my shift, the guy who worked before me was drunk. I didn’t know what to do – his money drawer was a mess, he had done none of the required changeover paperwork and he was slurring his words, being belligerent and coming on to me. I tried to make a joke of it and laugh it off, but he kept pushing me up against the counter trying to make a move on me, and that’s when I got scared. He wasn’t listening to me or hearing my words. It was late at night, there were no customers around and my mind was blazing with panic alarms. I realized I could be in some bad trouble if I didn’t get out of there.

So, I abandoned ship – I shoved the guy hard enough to knock his drunk ass over and then I took off out of there like a shot. My heart was racing and I was more jacked up on adrenaline than I’d ever been in my life. I got in my little car, drove home fast and then called the boss (no cell phones back then!). I remember the boss being really annoyed to hear from me and telling me to get back there right away and “just handle it.” I told him no way, I quit and that I was never going back. I never did. I ignored all future calls from the station.

The main thing I remember feeling – after I got over being so scared that night – was embarrassed. I was embarrassed that I had flown out of there and run off like a scared little baby. I was ashamed that I didn’t complete my shift and take care of things and “just handle it.” I was embarrassed to ever see that drunk guy again – and for him to know I’d been scared of him. I don’t remember telling anyone about what happened except my boyfriend at the time, and maybe my mom. I don’t remember telling any of my friends. I never spoke to anyone again who worked at that station.

I now realize, of course, that I had NOTHING to be embarrassed about! I hadn’t done a damn thing wrong – in fact, I was smart and quick-thinking to get myself out of a bad situation. If a friend or my daughter told me a story like the above, I would say “Great job!” and “You did the right thing!” and “Thank God you got out of there when you did!” There’s no way I would think a single negative thing about any girl in that situation. So why are we so hard on ourselves?

Anyway… I know that I’m lucky. My experiences overall were very mild on the “Me Too” spectrum. I am fortunate that nothing ever went further than what I described above – and I’m horrified and saddened by what my friends and fellow women have lived through. If you have a Me Too story of your own, you have zero obligation to tell it. You don’t owe anything to anyone. And I hope you know you’re brave, you’re strong and you did NOT deserve whatever happened to you. None of us ever do!

In the immortal words of The Unbreakable Kimmy Schmidt theme song, “females are strong as hell.” How else could we survive the horrible treatment so many of us have experienced at the hands of toxic, ignorant males?

I pray that nothing like this will ever happen to my daughter. And I pity the fool who ever tries to lay a hand on her, because she is one tough cookie – and her Mommy and Daddy are, too. 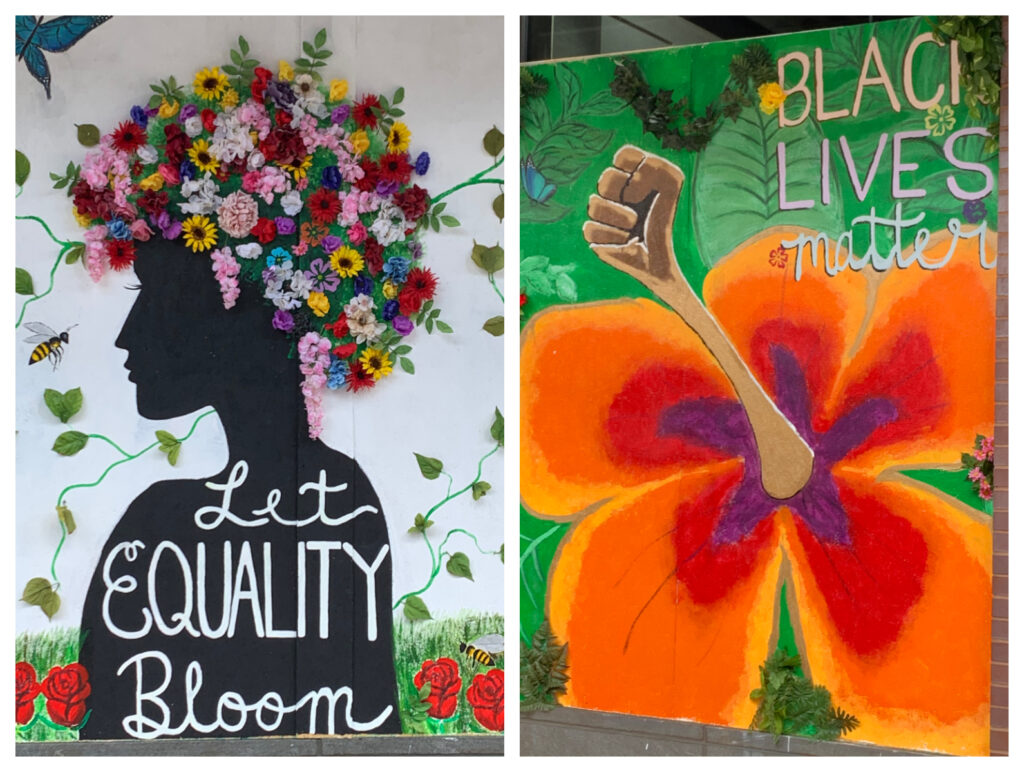 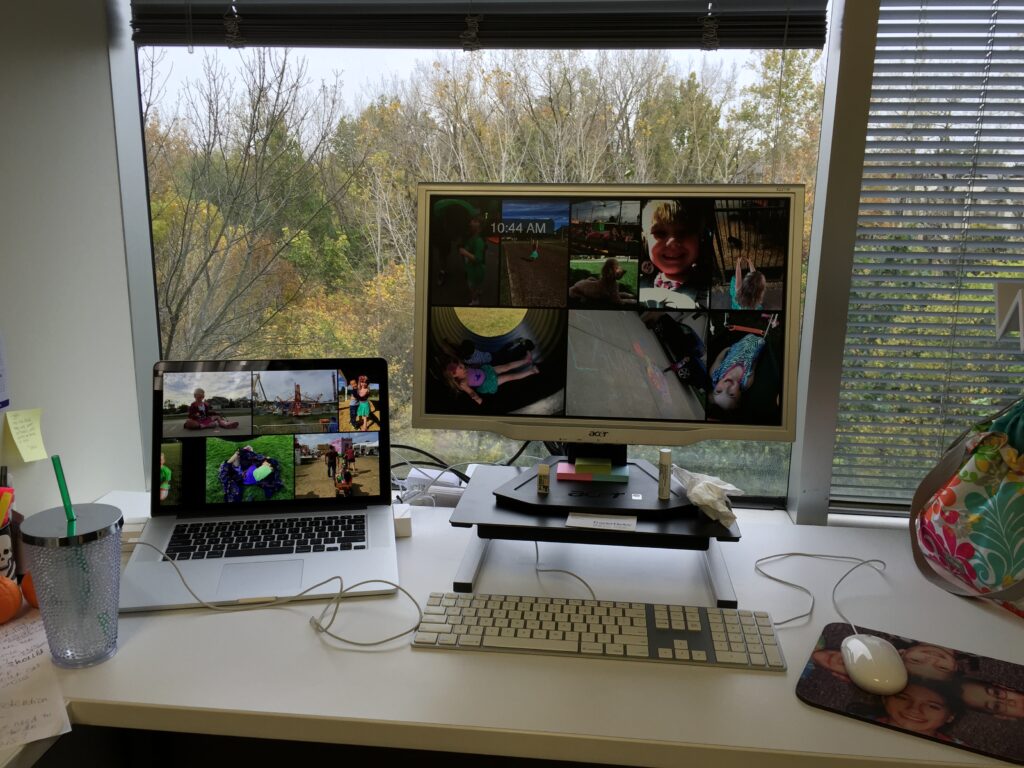