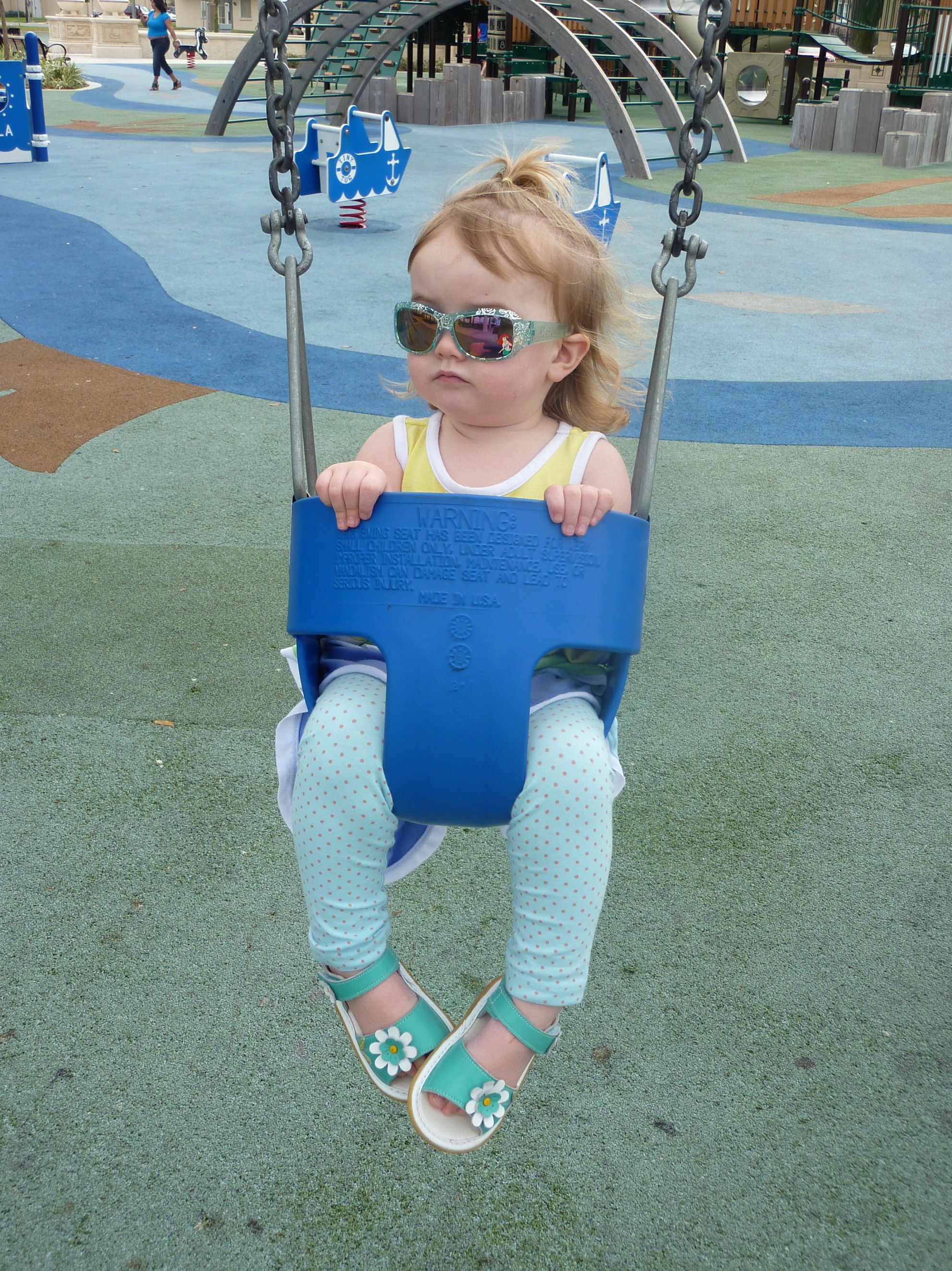 On this day two years ago, I began my maternity leave. I was 39 weeks along and ready for some rest and nesting before Zoe came.

I was hoping I’d have just a couple of days off from work and then she’d come, but she had other ideas. I had two full weeks off before she decided to make an appearance!

But oh, those were wonderful weeks – I was so relaxed and ready by the time she arrived. I spent the time scrapbooking, walking our dog Jack, watching TV and movies, and playing in Zoe’s room.

What an amazing two years it has been. As we count down to Zoe’s big 2nd birthday over the next couple of weeks, I’ll be blogging a lot about her – what I’ve learned from her, things we love to do together, and memories I want to capture here.

I’m starting with some of the fun, smart, amazing things Zoe says. I imagine this will become a series on this blog because I expect she’ll be saying more and more in the months and years to come!

Daddy’s turn. Like many toddlers, Zoe’s in love with the iPad and iPhone. If she sees E using either, she usually clamors for “Zoe’s turn.” She understands that they are Daddy’s and that he lets her play with them. She has tons of apps and she knows exactly how to access them, and is quite deliberate about which app she wants to play with at any given moment. The other night, E was using his iPhone for work-related text messages and Zoe walked up and watched him for a minute. Then she said, rather matter-of-factly, “Daddy’s turn.” She really can be quite benevolent at times.

I go now. All done sleeping. Many nights at bedtime, we struggle with Zoe because she’s not finished playing and doing her thing. One night recently, we turned out the lights and settled down to sleep. Zoe lay in between us for a minute, then popped up and started walking down the bed to make an exit. When I asked her where she was going, she said “I go now. All done sleeping.” She was deadly serious and it was so very hard not to laugh!

Mimis. For some time now, Zoe has called nursing “mimis.” We have a book that shows different animals and sea mammals nursing, and on every page she points and says “mimis.” This week, Zoe started in the 2s and 3s classroom at school (daycare) and on the first day when I picked her up, she couldn’t wait to show me something. On the wall is a mural of a mother and baby killer whale with the baby angled toward the mother, nose to her body. Zoe pointed to the mural and very excitedly said “mimis, mimis!” I realize this is because our book has pictures of a mother blue whale nursing her baby whale, and a mother dolphin nursing her baby dolphin. But it still blew my mind that Zoe made the connection and related to her classroom mural in this way. Plus, how many kids her age know that a killer whale mama nurses her baby? How many sixth graders even know this – and how many adults, for that matter?! I love that Zoe feels a kinship with all mammals who share her beloved mimis.

It’s raining/it’s snowing! Zoe has taught me a whole new outlook about the weather. She gets so excited when it rains or snows. She likes sunny days too, except she absolutely HATES getting sun in her eyes. But when it’s gray and overcast outside, Zoe says “it’s raining! It’s raining!” with such joy in her voice. Then she sings her two rainy day songs, “Rain rain go away” and “It’s raining, it’s pouring.” She loves to go outside in the rain, dressed in her rain coat and matching boots. Her enthusiasm is truly infectious and she has made me become a rainy day lover, too. Same with snow – she gets so excited when it snows! “It’s snowing, it’s snowing!” she cries with delight. We like to tilt our heads back, stick out our tongues and try to catch snowflakes. When this method proves too slow for Zoe, she goes over to a pile of snow and just scoops it into her mouth.

I poopy. Most of the time, I can’t get Zoe to stand or lie still long enough to get her diaper changed – even when I can tell she really needs it. But other times, she comes to me and says “Mommy, I poopy” and waits expectantly for me to change her. Sometimes when this happens, it’s true. Other times, she has a perfectly clean diaper! I think she may use the phrase predictively as well as descriptively. So I usually ask if she would like to sit on the potty. Sometimes she says yes, but not always. We practice sitting on the potty lots – and at school, she sits on the potty about four times a day – but so far we haven’t put anything solid in the potty. I’m sure it’s just a matter of time. We’re not in any rush. Potty-training will be directed by Zoe, just like her birth was and just like our weaning will eventually be.

Nooooo Ikea! Ikea with a toddler can be a real challenge. We pumped Zoe up for the trip by talking about Ikea as if it was the most exciting place in the world. It worked, because for the two-hour drive down to the store, Zoe kept chirping “Yay, Ikea!” But by halfway through the enormous store, Zoe was dejected and moaning like a zombie, “No Ikea, noooooo Ikea.” People walking past us were cracking up – and many said they felt the same way! But I’m happy to report that Zoe came back around to the yay side when we picked up hot cinnamon buns on the way out. She had never tried one before, and she was a HUGE fan.

Park? Slides? Swing? Zoe’s very favorite thing is going to the park and swinging for hours. When you ask her if she wants to get off and go play, she signs “more, more” (even though she’s been talking for a while, Zoe still uses about half of the nine ASL signs we taught her as an infant). Once in a while, she’ll ask to get off the swing so she can go climb (climbing is fast becoming a top three favorite activity) or go down the biggest slide she can find. But she always comes back to her first love, the swings. Often her first words in the morning, when she wakes up smiling and stretching, are “Park? Slides? Swing?” We can’t wait for her birthday in two weeks because on that day she’ll come home from school and find a “park” – playset with a big, fast slide and super cool swing – in her very own backyard! I don’t know who’s more excited about her big birthday present, E or me. It was his idea, proving once again that he is the best daddy ever.

No, Mommy! I hear this one a lot – sometimes daily and even multiple times a day! She says it when I have a bad idea (“Hey Zoe, let’s go change your diaper!”) or when I interfere with something she’s intent on doing (like helpfully guiding the stroller or cart she’s pushing so she doesn’t crash). Sometimes she’s right to say it – like when she corrects me when I get the lyrics wrong as I sing to her. (I love that I’ve been singing to Zoe for well over two years if you count all the belly serenades. It’s very different now – first, she started singing along with me and now she actually tells me when I get a song wrong.) And anyway, I don’t mind hearing “no, Mommy.” After all, I want her to be a girl with a strong no – and if she can’t practice on me, then who can she practice on?

Those are some of my favorites right now. What are your most memorable or favorite quotes from your toddler? 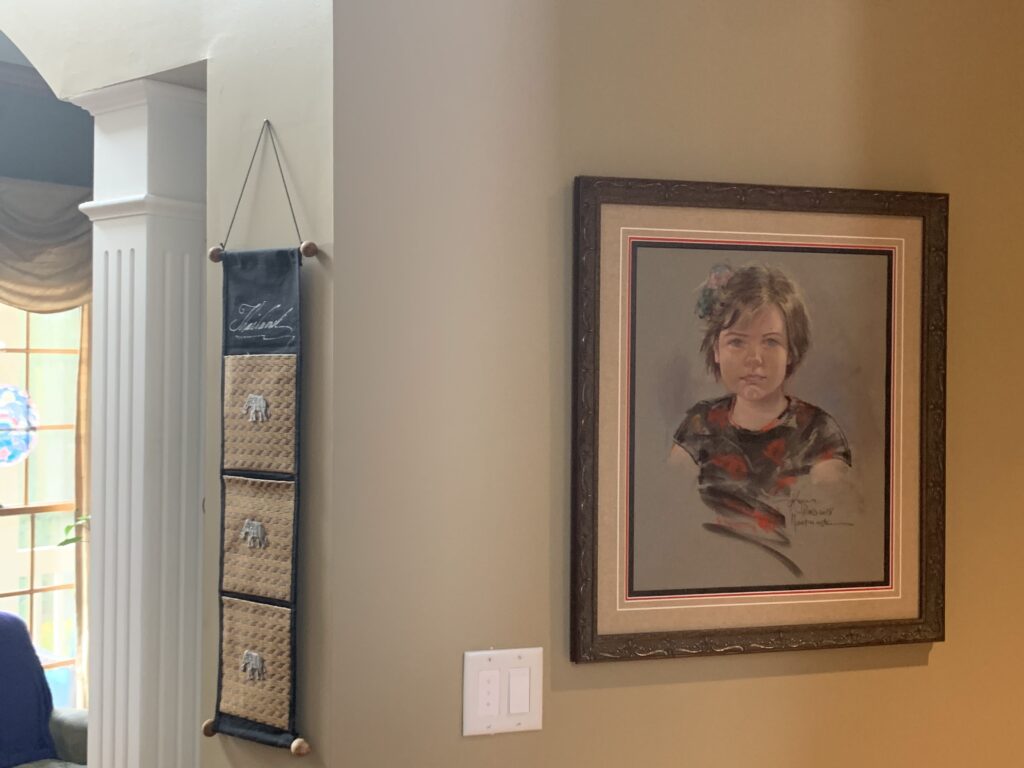 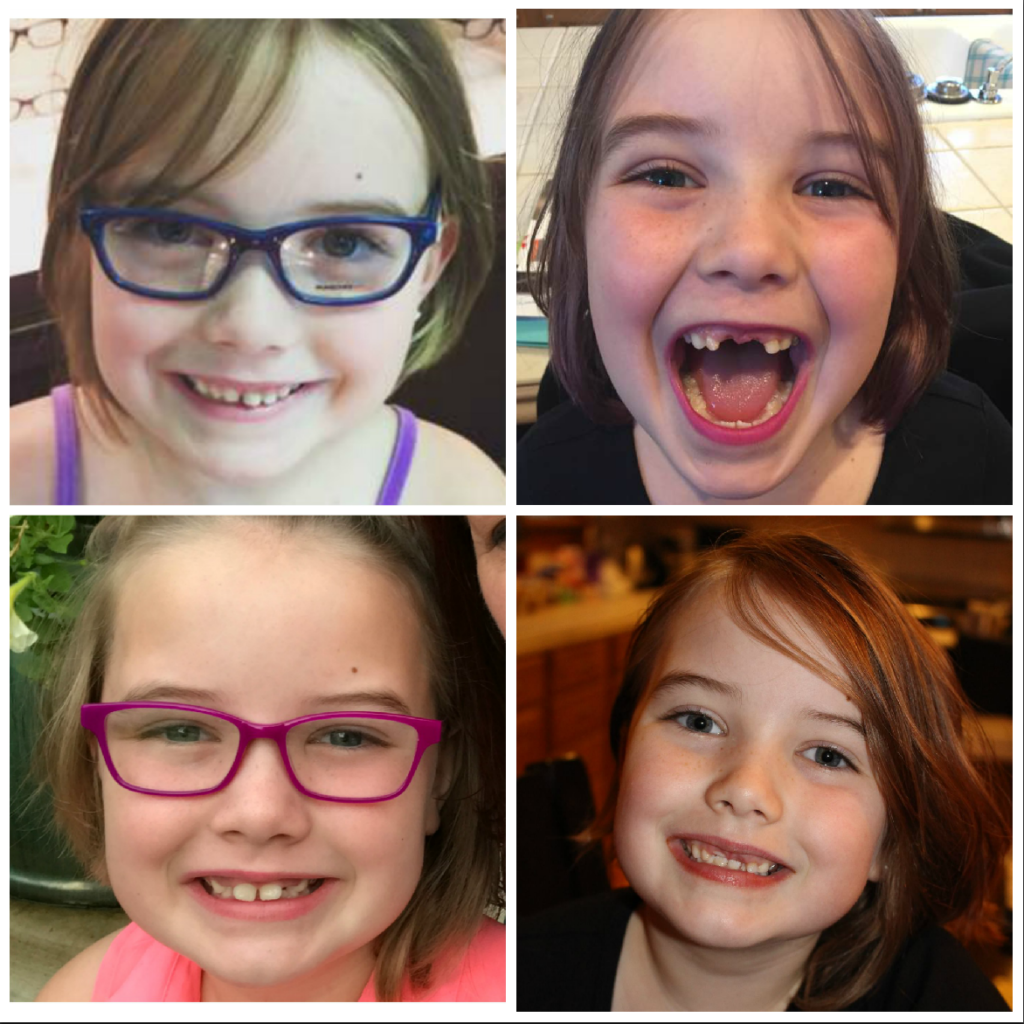 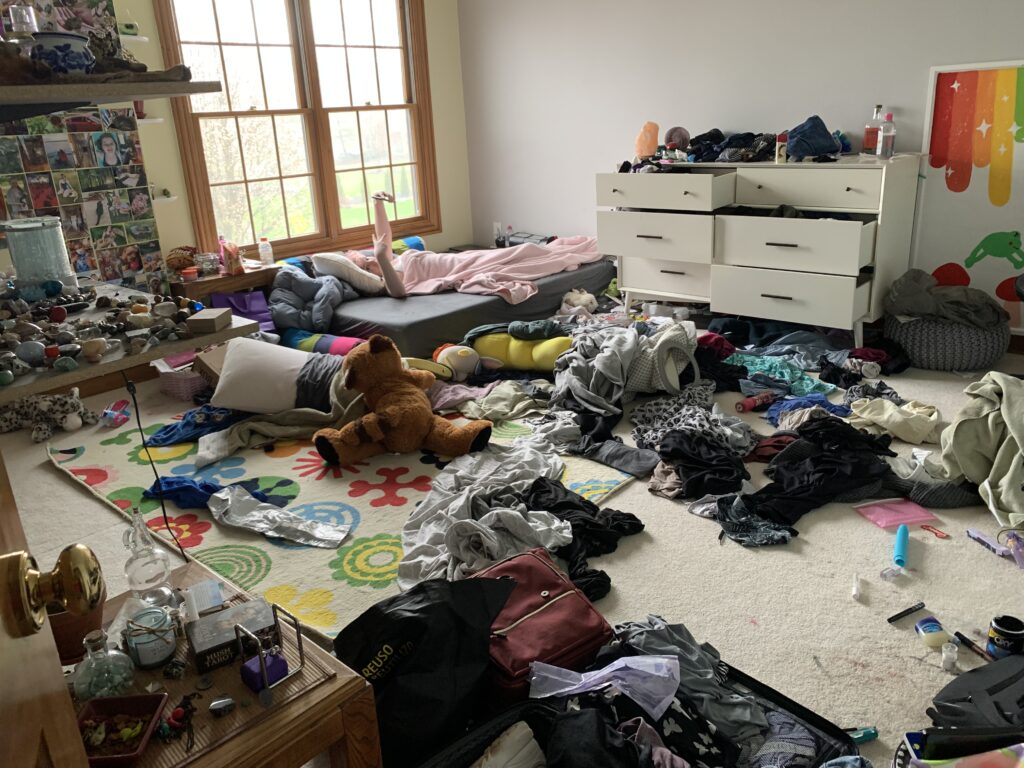