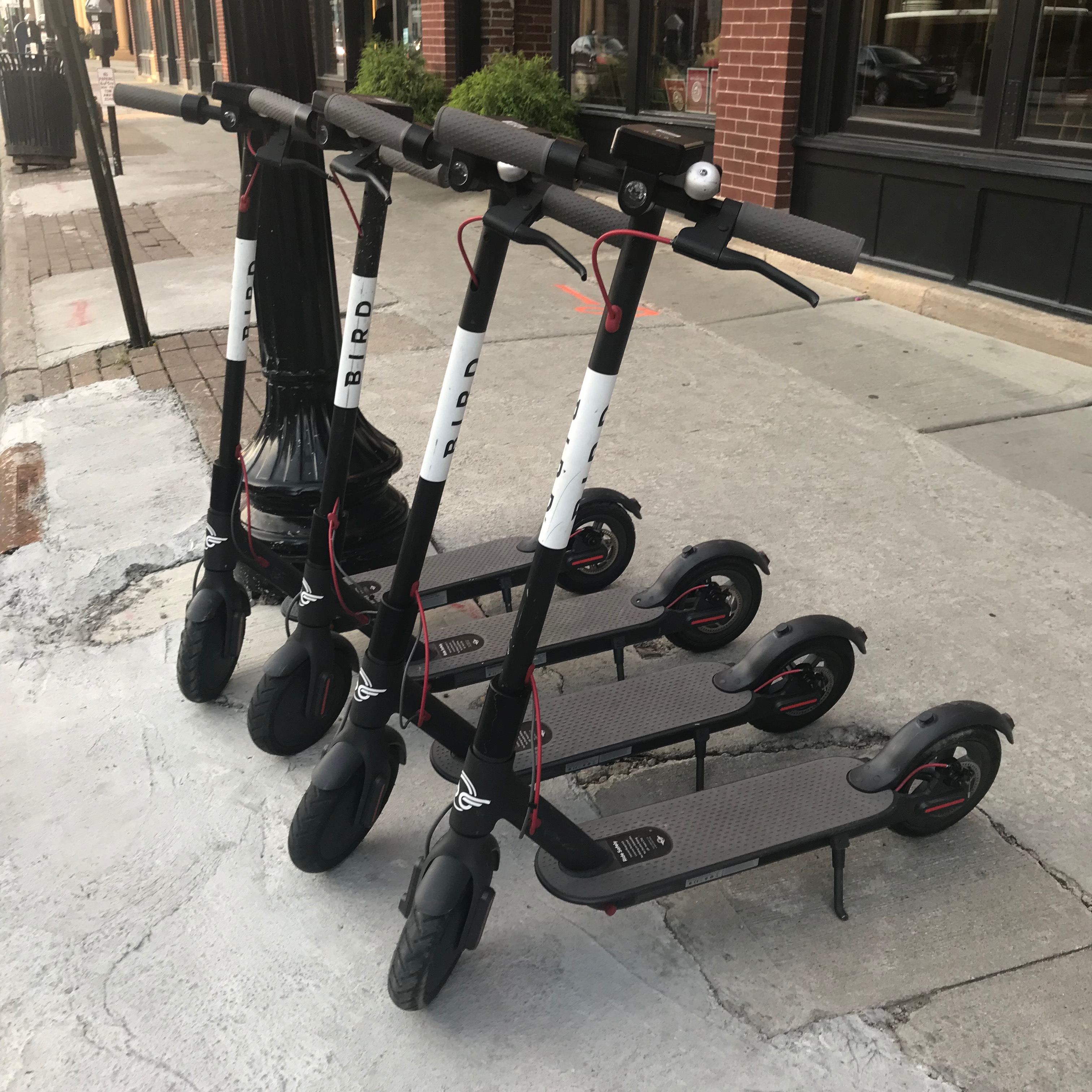 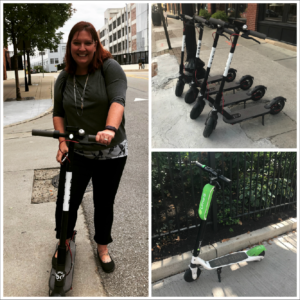 If you spend time in downtown Columbus or any other major US city, you’re undoubtedly aware of the so-called “scooter invasion” of 2018. Sometime this summer, electric scooter start-ups Bird and Lime dropped hundreds of the wheeled getaway sticks around downtown, and thus scooter culture began in Columbus.

As someone who works in the heart of the Short North, I see them every day. I find the scooter craze highly entertaining and intriguing – and since August, I’ve wanted to ride one myself! I downloaded the Bird and Lime apps onto my phone so I’d be ready to roll if the occasion arose at work.

And sure enough, today some colleagues and I decided to do lunch over at Columbus Commons for Food Truck Thursday, which involved scootering as it was deemed a bit too far to walk. I was excited and nervous when we made the plans in my office. Walking down to the street to find scooters, my excitement was still high but nerves started to get the better of me. When I grabbed hold of my Bird and “unlocked” it using the app on my phone, my nerves peaked and I literally wanted to change my mind and bail on the group! But I didn’t.

I’m a big believer in facing fears – it’s one of the best ways to grow our courage muscles and expand our horizons – so I went for it. I read through the simple instructions on the app, lined my scooter up behind my more-experienced colleagues’, and just starting GOING!

I am so glad I did it. It was terrifying to take my first electric scooter ride in downtown traffic vs. a nice quiet parking lot, which would have been my preference. And it was super scary not wearing a helmet or any kind of protective gear – even a hoodie and boots would have been wiser wardrobe choices for this escapade! But riding 1.5 miles to Columbus Commons and then back again was truly an exhilarating and fun adventure that I wouldn’t trade for the world. I saw downtown Columbus in a whole new way – it was like a brand new world out there.

Riding the scooter itself wasn’t difficult – just nerve-wracking. I enjoyed the physical aspects of “kickstarting” it (aka just pushing hard with your non-standing leg for a few strokes before the engine takes over), balancing on a narrow platform, etc. I loved the feel of whizzing through downtown Columbus streets and taking in the sights, sounds, smells and awesome Autumn breezes. 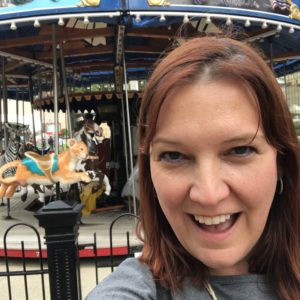 Cars, trucks and buses were patient and kind. Passersby were smiling and waving at us. Rolling with a group of five scooters made it feel a bit more secure – and we were sure to ride as safely as possible and follow the new Columbus city rules for scooters (apart from helmets, which three of us just didn’t have so we couldn’t wear them). Arriving at Columbus Commons, I felt so jazzed and euphoric from my first scooter experience!

But at the same time, I was pretty much petrified the entire time I was riding. I was well aware that if a car turned into us or slammed on brakes in front of us or changed lanes too quickly beside us – it would be bad times. And that fear of drivers is part of the reason I gave up motorcycling back in the day when I got pregnant with Zoe. It just felt too risky to do now that I’m someone’s mom. And, if I’m honest, riskier because I’m 40-something!

So, I’m not sure how quickly I’ll jump back on another electric scooter, but I love that I did it once for kicks. And who knows – the next time my younger, hipper colleagues invite me to scooter to lunch or Starbucks with them, maybe I’ll grow reckless and say yes again! I’m a “rebel” personality, so I do love to get a little wild and crave adventure now and then.

Right now though, with all this adrenaline coursing through my veins and exiting my system, the only thing I’m craving is a nap. Is this what getting older is like? 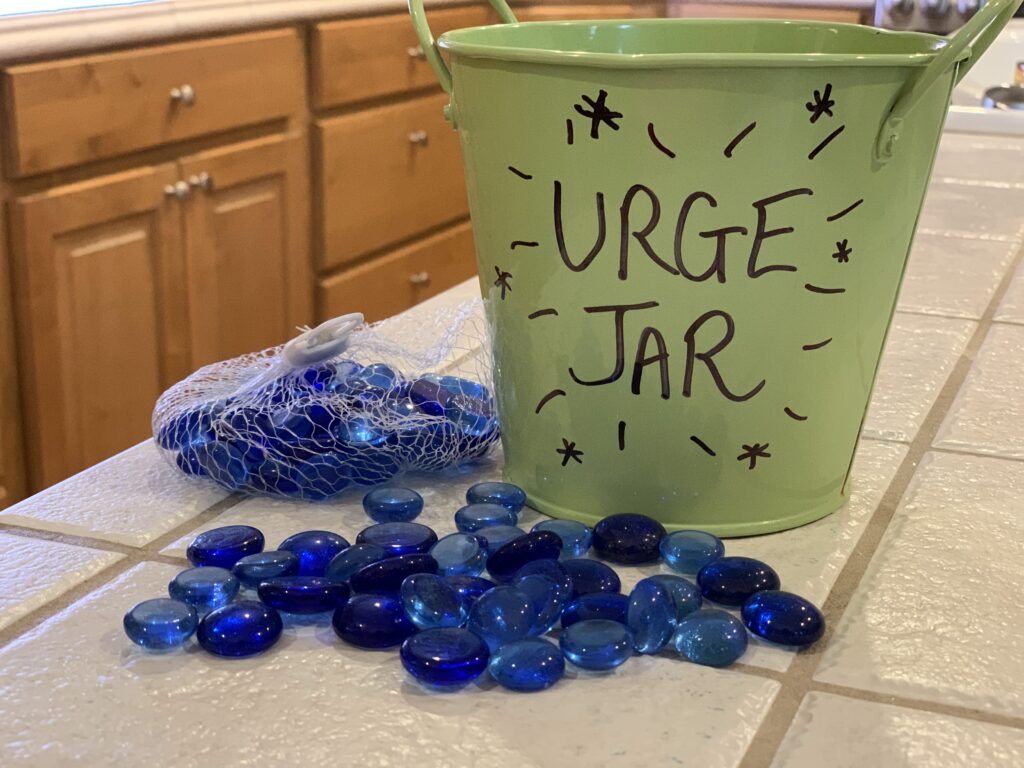 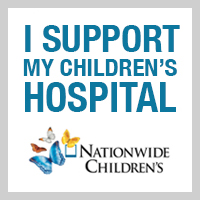 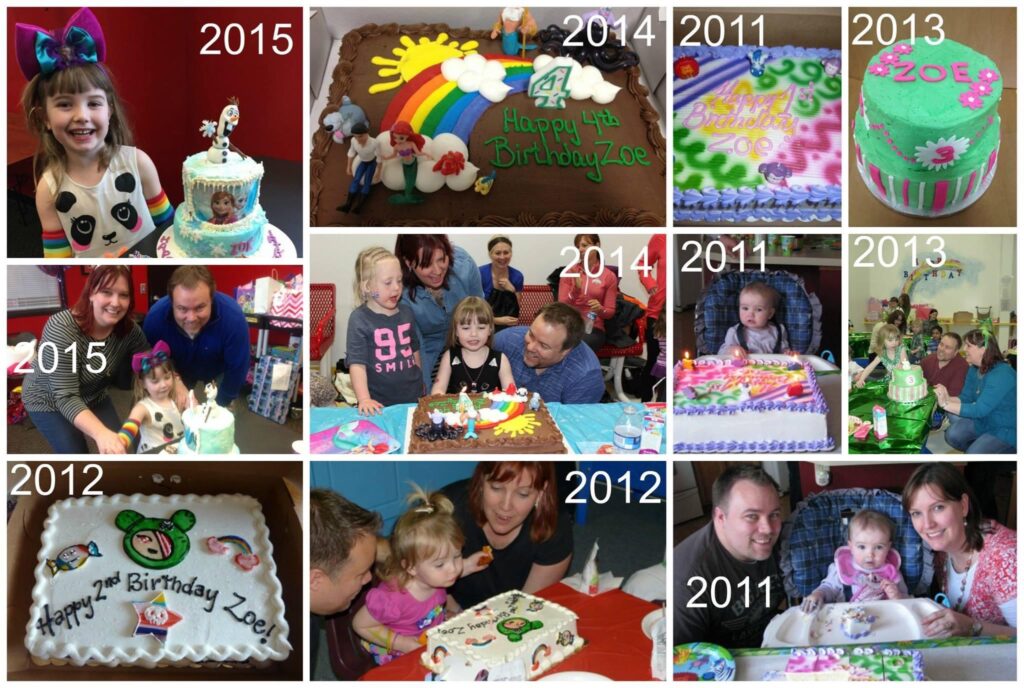