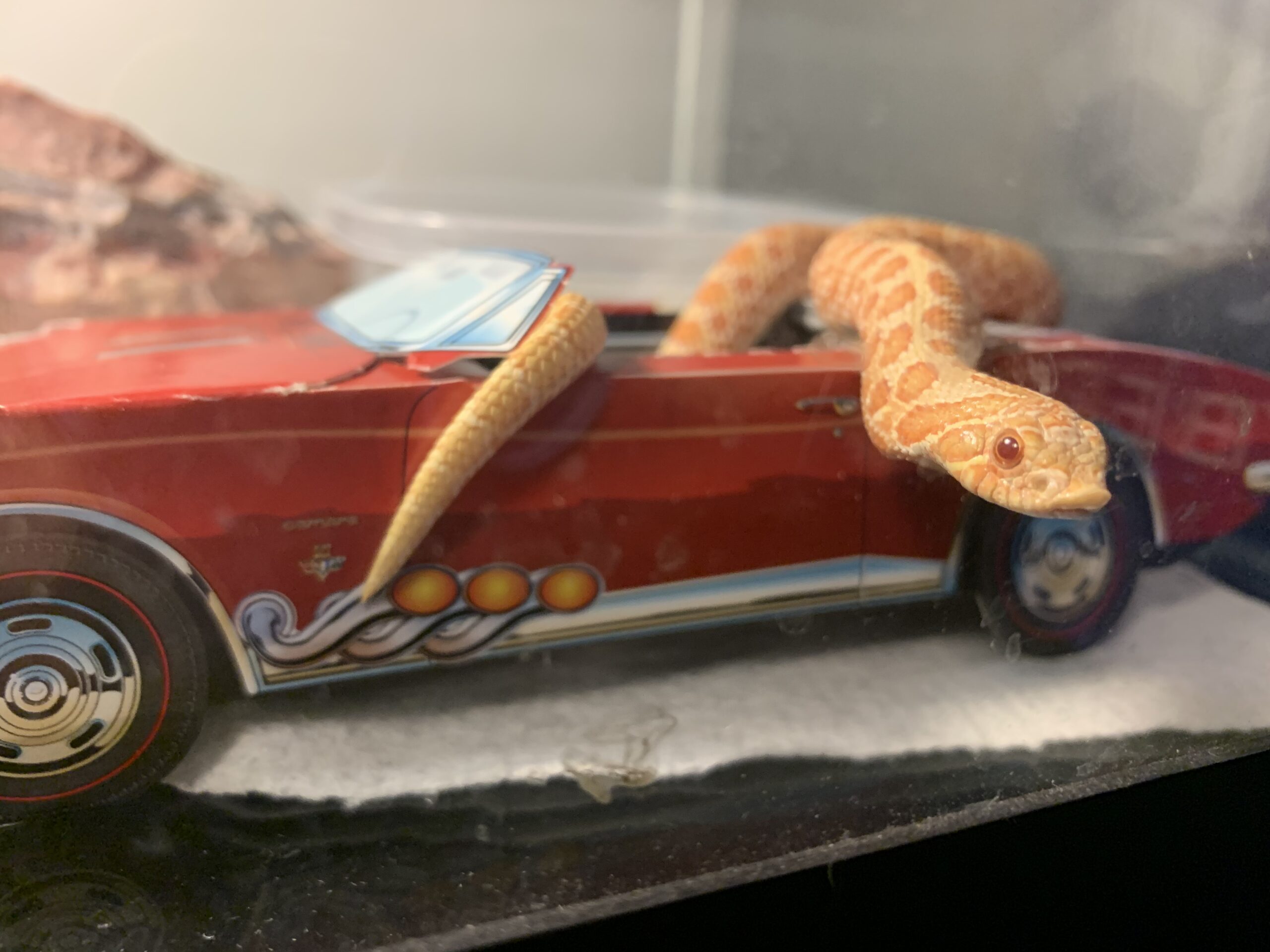 Believe it or not, I’ve always loved snakes.

I’m a fan of snake print, serpent mythology – and yes, even actual, live snakes themselves.

I remember the first time I was able to touch and hold a snake as a child. It was mesmerizing! I loved how smooth and dry the scales felt – not slimy or slippery at all. It was love at first touch.

I have so many weird and fun snake stories from throughout my life.

When I lived and worked in NY, I managed PR for Iams Pet Foods. I once landed an early-morning talk-show segment for an Iams-friendly veterinarian and her puppy, but the producer wanted me to line up other people and pets.

I convinced a friend with a snake to get up early and be on the show. That’s how I ended up driving a giant python in a pillowcase into NYC at 4 am one cold winter morning.

Then, when I first moved to Dayton and I was living by myself, I went out driving one evening after work and stopped at a local tattoo shop. The folks working were super friendly and, when I complimented the shop snake, asked if I’d like to hold it. That’s how I ended up sitting in a tattoo shop for hours with an enormous boa constrictor wrapped entirely around me. I only wish I had a pic!

I didn’t own a snake myself until 2018 because I was concerned about the feeding aspect, since I also love small mammals. I wasn’t sure if I could personally handle feeding rodents, either live or frozen. (I was right – I couldn’t.)

But our kiddo loved snakes too, and Z begged repeatedly for one. We finally agreed that we would get her a small snake and hubby would handle the feeding.

Then, E took her out to a reptile expo one day without me, and they fell in love. That’s how we ended up with our daughter’s first snake, a five-foot-long ball python beauty we named Nagini. Within a year we had added two more serpents to our family.

We’ve since re-homed both of our ball pythons, as both Z and I were far too squeamish about feeding them and E got tired of doing all the work. We still have our beloved Western hognose, however, and Piglet is likely here to stay. We just can’t quit this little guy!

So, why do we love our little hognose so much? Here are the top five reasons we adore Piglet:

Have you ever met a Western hognose in person? If not, you are welcome to come meet our tiny gentleman anytime. Piglet is quite a character and most people who meet him find him extremely endearing!

Got any snake tales to share of your own? I’d love to hear them, as always, in the comments below or over on Instagram or Facebook. 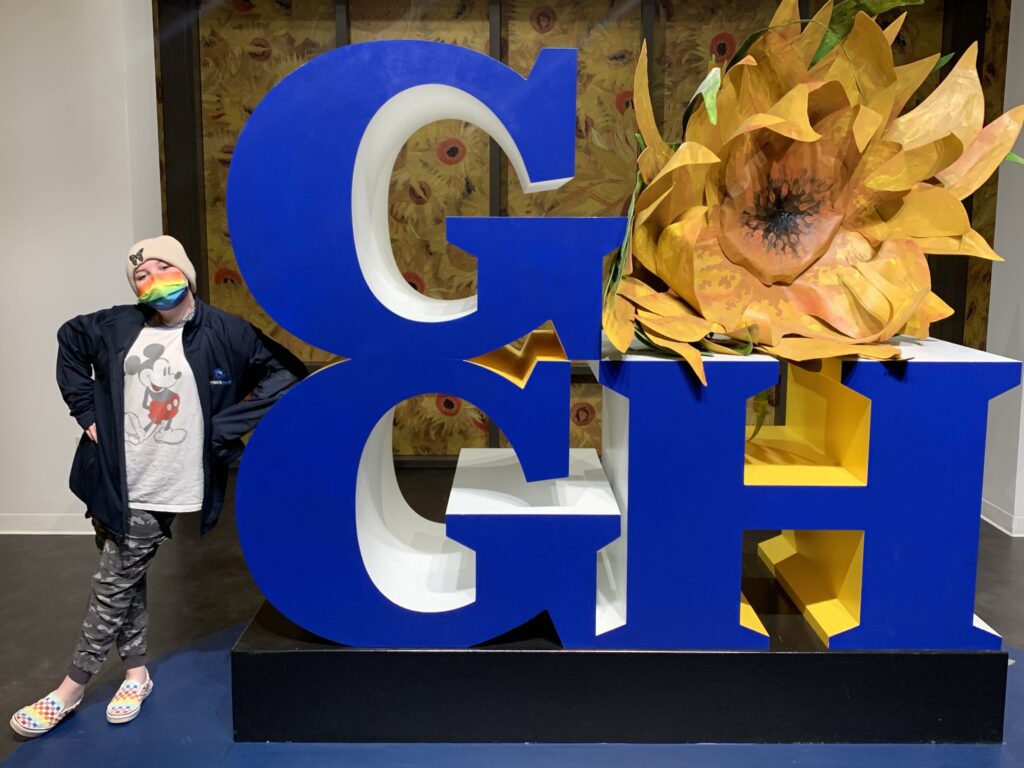 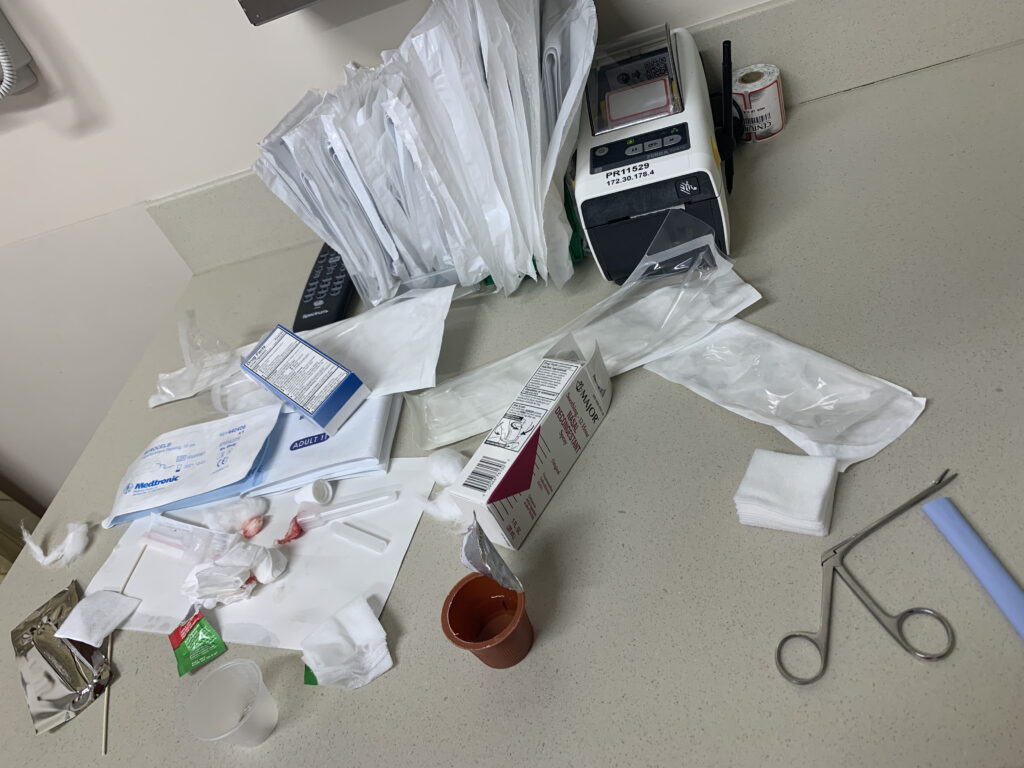