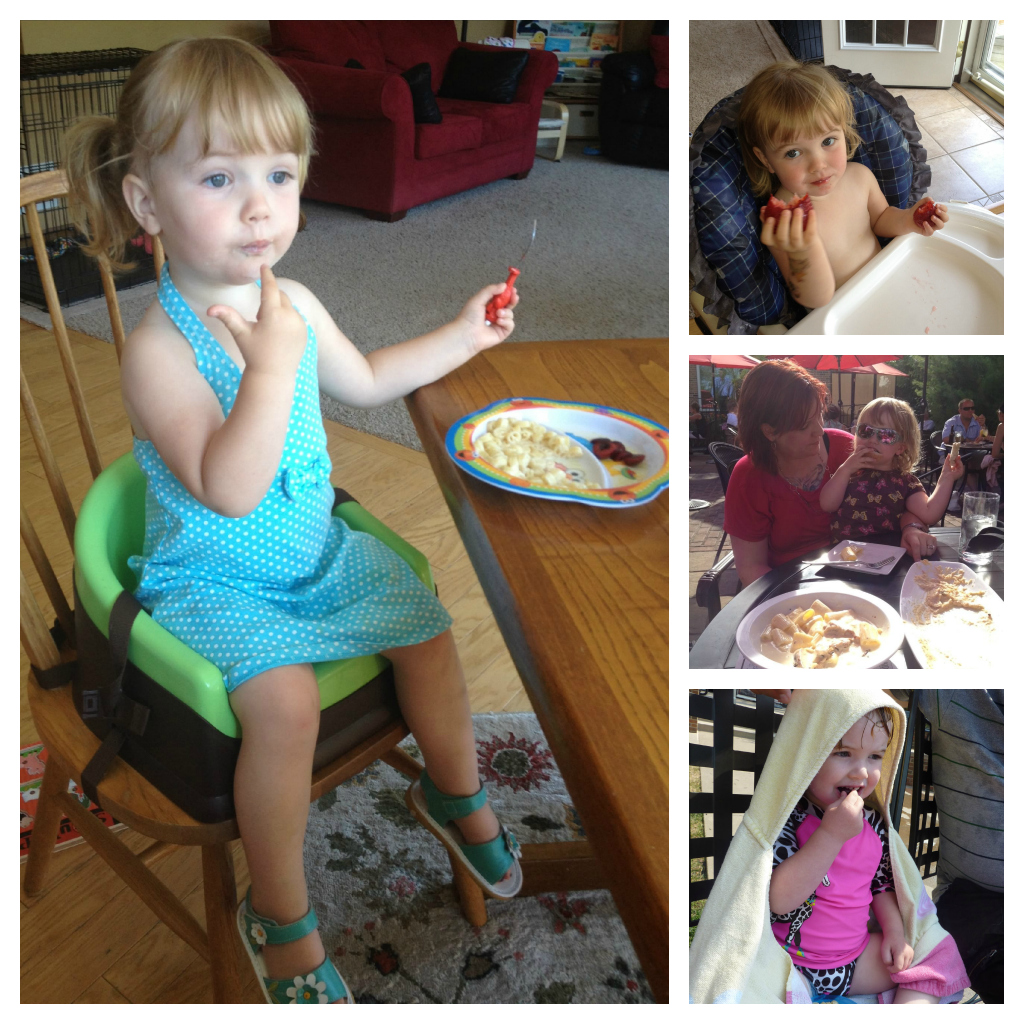 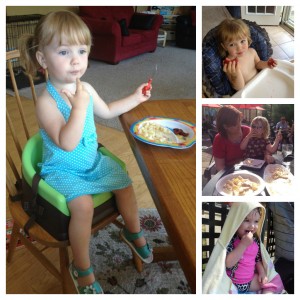 As you may have been able to tell from past posts, I’ve got a bit of a thing for sweets. It’s been a lifelong battle. I know sugar is not good for me, and I try to indulge my vice in moderation, but I don’t ever seem to be able to get rid of it altogether. At certain points in my life and with Herculean effort, I’ve been able to wean myself totally off sugar for short durations. Eventually though, I always come crawling back to it. It’s a monkey on my back that I’ve learned to live with.

When I found out we were pregnant, I was bound and determined to raise my child without a sugar habit. It’s not something I would wish on anyone and I am quite sure it stemmed from nurture (certain elements in my childhood) rather than nature (something I was born with).

So far, Zoe shows a real preference for salty over sweet – she has ever since I was pregnant with her and she turned off my sugar cravings and gave me salt cravings. She definitely prefers fresh fruit over any sugary snack. This makes me so happy! It tells me that what we’re doing is working. I’ve done a lot of reading on the topic of sugar and raising kids without it. So, without further ado, here are some tips and tricks I’ve either read about or come up with on my own to help raise Zoe without a sugar jones like her mommy’s.

No sugar before age 2.

At one of our first pediatrician visits when Zoe was still a tiny newborn, I asked our doctor how to raise Zoe without a sugar addiction. She said studies have shown that if you withhold any sugar until age two, they will grow up without an abnormal craving for sugar. This is harder than you think – it means no juice of any kind, since juice is so full of sugar. I had to give written instructions to daycare stating clearly NO JUICE. I also had to ask them to withhold sugary treats once she was around 18 months and people started bringing cupcakes and popsicles in for birthdays.

I can’t say we were perfect at this, but we certainly tried. For a very long time, the sweetest thing Zoe ever had was my milk. On the rare occasions when we gave her juice after about 18 months, we watered it down (half juice, half water). We gave her water any other time – and to this day she loves and asks for cold water in her cup. In the summer, I would either freeze my own milk to make “momsicles” or buy all fruit, no sugar added freezer pops from Trader Joe’s.

And you know what? It seems to be working. For her first birthday, we offered her cake (her first ever) and she turned it down. By her second birthday party, she was willing to take a few bites but cake is still not her favorite thing.  She turns down cookies when they are offered at daycare as snack (but she will happily scarf down voluminous quantities of pretzels, cheese or crackers).

This one gets into the psychology of sugar cravings. Often we’re not craving the sugar, but the good feelings we’ve come to associate with sweest. I grew up with sweets as my primary love language and I attribute this to my Mom and other relatives who knew I loved candy so they gave it to me as a reward, a treat or when I needed a pick-me-up. This resulted in a lifelong habit of treating myself in the same way.  Literally.

Likewise, I had another family member who tended to be a bit controlling and who tended to withhold and forbid sweets. Needless to say, that also had negative effects as it turned me into quite the hoarder. I can remember going off to college with a secret stash of strawberry poptarts hidden away out of that parent’s view. I still like to hoard sweets away to this day – especially if I’m stressed. There’s pleasure for me in simply having the sweets available, not just in eating them. Sick, huh?

Anyway, I am trying to raise Zoe without these psychological issues so now that she is old enough to have sweets, we neither withhold or deny them, nor use sweets as bribes or rewards. In short, I try not to make a big deal out of sugary snacks one way or the other.

As an example – the other day we were reading a children’s book Zoe loves called Jake Bakes Cakes. It’s all about baking different kinds of cakes for different kinds of creatures. Whenever we get to the page about “chocolate cake for chocolate fans,” Zoe stops at the picture and really focuses on it. This time, she asked me if she could have chocolate cake. I told her that we don’t have any, and she continued to say that she really, really wanted some chocolate cake. I knew E was at the store, so I texted asking him to bring a piece home. He did – and you know what? Zoe got super excited when she saw it, but then she tasted it and decided she didn’t want it. She had some fresh raspberries instead.

I feel like if I had said no, that chocolate cake is just for special occasions, it could have started building up sweets in her mind into something bigger – making her more likely to pounce when she finally gets her hands on that coveted piece of cake. Because we were willing to give the cake to her and made no big deal out of it, she decided on her own that she didn’t want it and went for something healthier instead.

Who knows, maybe I’m overthinking all this, but I just know that I want to try. In 15 years or so, we’ll know if my experiments were a success. I’ll blog again at that time to let you all know how it succeeded. Only by then, blog posts will be as simple as me beaming my brain waves straight into all of your heads. Is that a scary thought or what?

In the meantime, I’ll keep battling my sugar demons while simultaneously doing my best to raise Zoe without the same proclivities.

What about you – do you crave sweets too? If not, what’s your food vice – and how are you helping your kids to grow up as healthy eaters? I’d love to hear in the comments below. I’d also love to hear if you have any ideas for how to get her to like and eat veggies! That’s a topic for another blog post. 😛 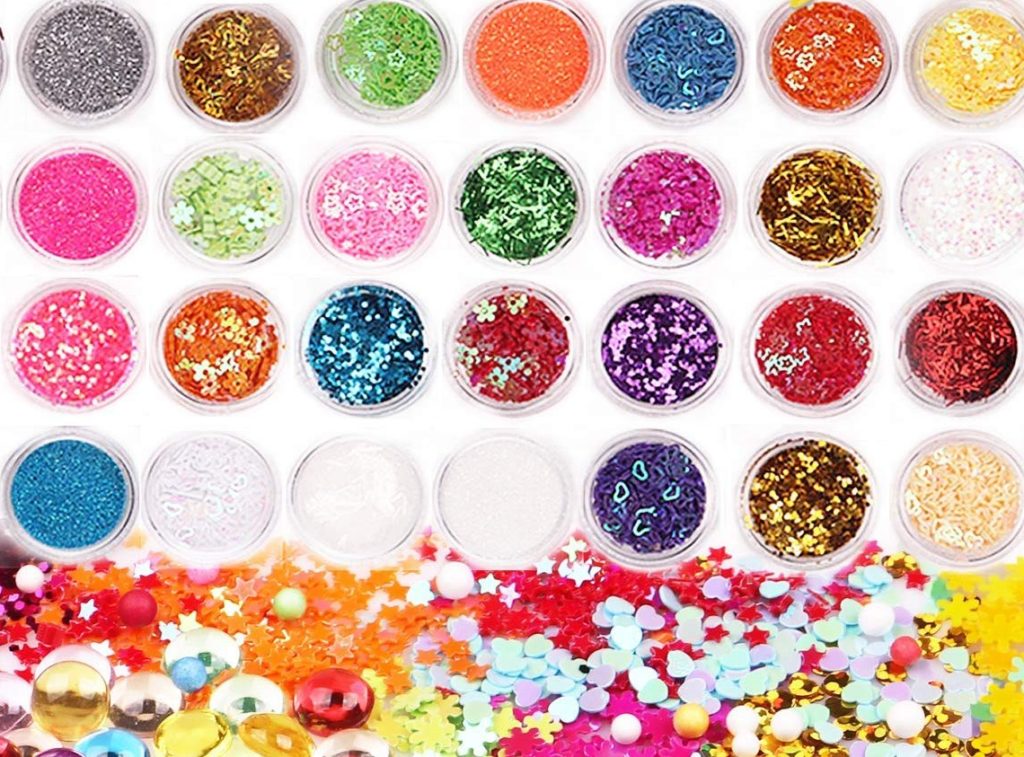 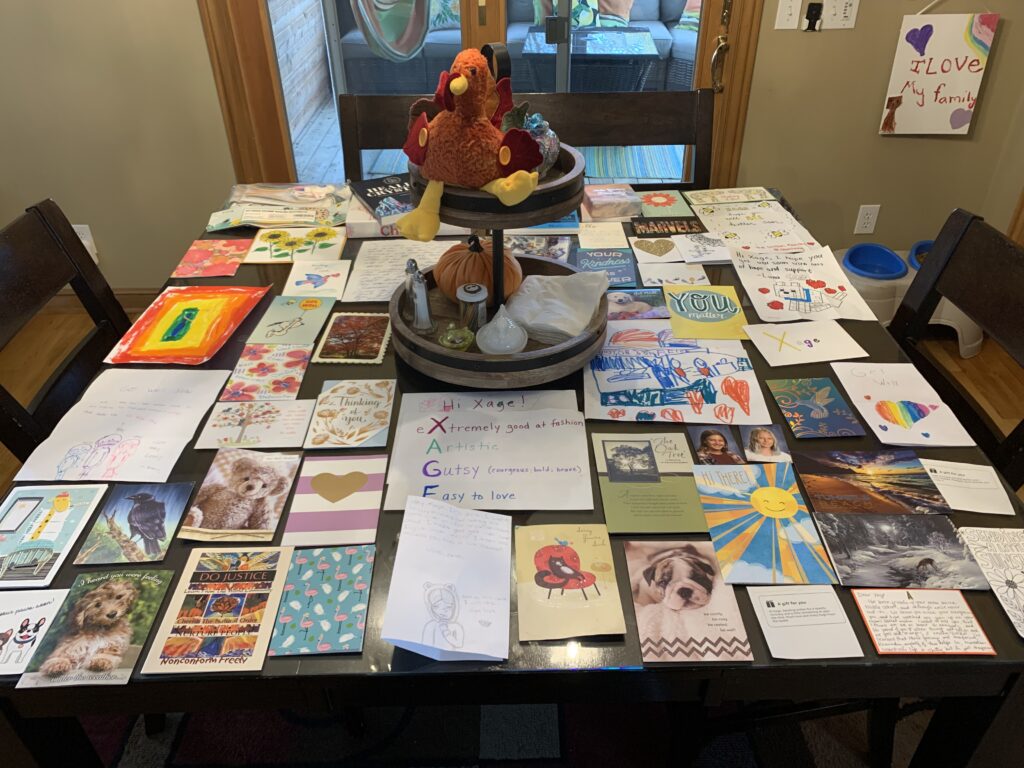 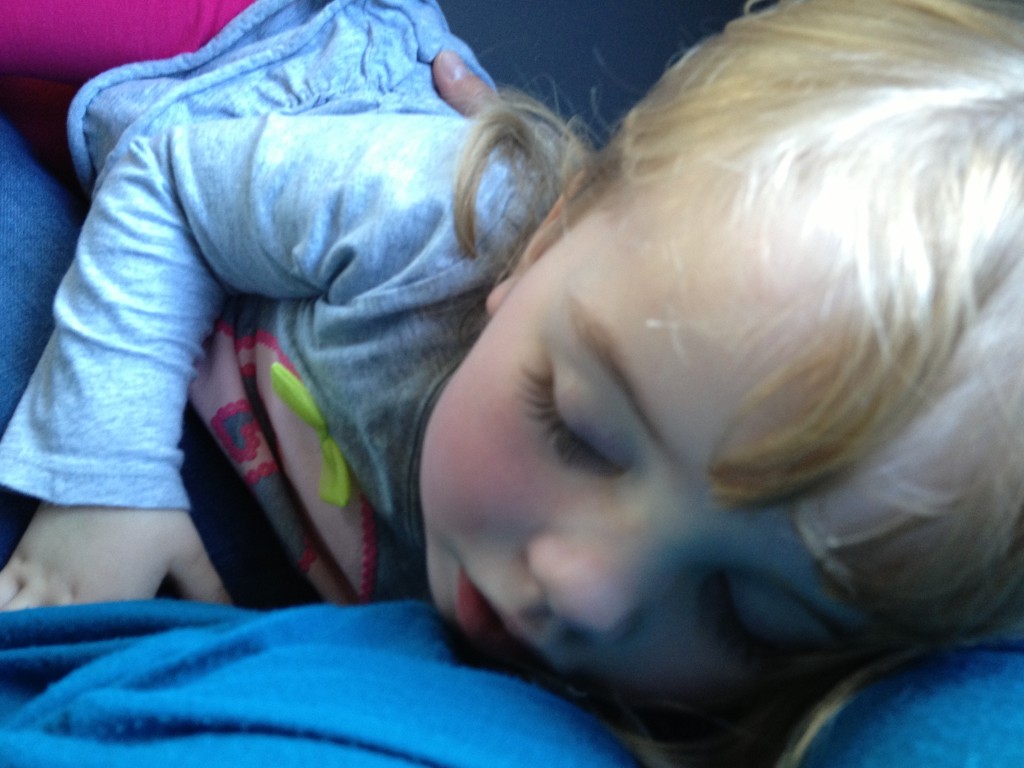